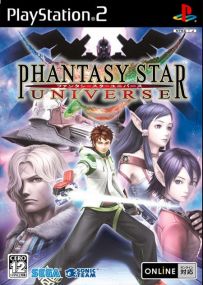 Sega’s new upcoming game, Phantasy Star Universe, is going to have a new customizable room feature. The room is like your home inwhich you can invite friends over to chat when you are online. The room would be saved online so when you logoff players can continue to visit it.

Players can change the design of their room by purchasing a “remodeling ticket” and selecting from a ton of predefined patterns. The game will feature design shops in which the players can buy items for their room, or give objects to other players. Players who want to make a little profit in the game, can turn their rooms into shops.

The game features a planetary system, which is made up of the Guardian Colony, Parum, Neudaiz, and the Moatoob. Each location will specialize in different types of items. For example, the Guardian Colony will be the only place you can buy items for your rooms, and their base will serve as the central mission control where you recieve missions in story mode. Parum will sell gear for Hunters and Rangers, Neudaiz sells stuff for Newman species, and also will supply weapons and accessories for enhancing Technique for Force characters. While the Moatoob supplies vehicles and military equipment.

Phantasy Star Universe is is set to launch on Augest 31 in japan for the PlayStation 2 which is to be priced at around $61. The PC and Xbox 360 editions’ launch date and price are not known yet.