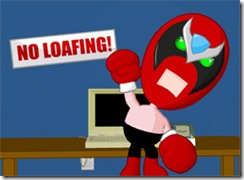 This was somewhat suggested when Strongbad GameWays was featured on Youtube. Strong Bad’s Cool Game for Attractive People is going to be episodic and will release monthly. So far, 5 games in the series have been announced. The first one is scheduled to release in June, in the WiiWare section of your Wii Shop Channel (if you have installed the recent Wii System Update).

Now, what game company is pro at making episodic games that it’s annoying? You guessed it, TellTale Games. You might remember them from Sam & Max.

As with all of TellTale’s other games, SBCG4AP will be also available on the PC, but it’s primarily focused on the Wii.

You can check out the product page for SBCG4AP here and the advertisement announcement here.