Lego Star Wars 2 is a great game, I love legos. I like Starwars. It’s a great mix. In Lego Star Wars 2 you play through the “old school” movies with many references to the recent movies. Like the first game, it’s jam packed with humor. From Han Solo kissing Leia and then winking to the camera to things like the stormtroopers in a spa, or them acting like models to open the gates of doors. New to the game is the ability to customize your own character, bringing the true spirit of LEGO to the game. At times the game is really frustrating due to controls (I play with a joystick). And the game keeps repeating that you must press “J1_Button 1”, which I have no idea what that is since there is no button 1. The ability to change the controls is nice but the descriptions for what the buttons do are very very vague. I like the special powers some characters have, like chewbacca can rip other characters arms off or greedo (some weird bounty hunter) can throw thermal detonators as well as shoot you.

The graphics are really good for a lego game, in fact they improved from the last game. Better reflections (as seen in the photo above) and much more. The game has pretty good voice and sound. However most of the talking is “Blah blah blah”. But it makes the cut scenes a lot funnier. That aside, let’s get to the ratings:
Graphics: 8/10 – A nice improvement from the last game
Sound/Music: 9/10
Controls: 6/10 – Yeah it kinda failed here, with terrible button descriptions and the annoying messages
Playback: 10/10 – Awesome makes me wanna play again
Improvement: 9/10 – Great improvement except the controls are a step back from the first game.
Overall Score: 8/10 -Awesome game just needs better control functionality.The best version to get is the Xbox 360 version as it’s controls, sound and options for graphics are way better then the PC version.

The DS version is the game that you should pass on. Do not get this game. It’s not even fun. It’s a terrible port and is filled with levels that were not finished, terrible graphics and the whole game is pretty much a glitch. So many that you will go insane.

Okay, here is something that no one has and it’s true. But I am limited on what I can say so I have to brief it for you.

I am gonna list these cause it will be easier

And that’s about it for my Top Secret Nintendo Facts 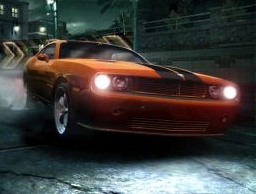 EA previewed Need for Speed Carbon at E3 this year and today we learned more about the game.

In the game, players will race as part of a crew in a turf war for the city to gain your rivals’ stomping grounds. But it doesn’t stop there. The Police eventually force the war out into the Canyon area where you continue to fight.

EA is going to finally be serious about customization by giving you new options in Carbon, like the ability to set the configurations of your car, as well as controlling and modifying your crew.

Need for Speed Carbon will be released this November on all current generation systems plus the PS3 and Wii.

EA has announced that (other then their lawsuit they are currently having with its workers) SSX4 (the sequel to SSX3) will be coming out early. The maker’s snowboarding franchise has been a big hit with almost all video game owners. SSX3 was one of the best ever made. The DS and PSP versions will be released at a later date. More details to come