Phil Harrison, Sony Computer Entertainment Worldwide Studios’s (abbreviated as SCE from now on as SCEWWS is just annoying) current President is resigning from his 15 year run as the head of SCE.

According to Sony, his official resignation occurs on February 29th. Phil is leaving the company, but has not said if he plans to work for another game company. Kazuo Hirai, current president of Sony Computer Entertainment International (SCEI) will be taking over for Phil in addition to his current job.

SCE is tasked with the creative, technical and strategic elements of development and production of the PlayStation and games. SCEI is in charge of sales and Research and Development of PlayStation consoles.

EA announces the newest title in the Burnout series that I am not so thrilled about, Burnout Paradise. From playing the demo, I was not amused (BAD SIGN!). While I have yet to play the full retail game, I think that it’s too late now and the game might already have been ruined.

But I’ll keep my hopes up, and play the game soon. Though if it’s anything like the demo, it will…fail.

Now all we need is Red and Blue and Sony will be able to show their patriotic colors (Please note: Red and Blue are not PS3 colors and probably never will be).

The FCC today, passed the Sony PS3 White as meeting standards. So if you hate black for some reason, you can always buy white (let’s hope Sony doesn’t bring their horrid ads from Europe to the US). Hang on…. How long ago was this announced? Oh right, in 2006. And just now it’s getting ready for shipping here.

The white version is no different then the black version. It’s only available in 40GB, though. 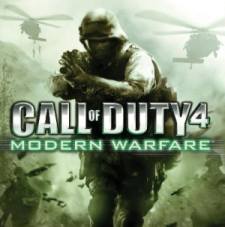 Infinity Ward brings to the table the first Call of Duty game not set in the Second World War, and their first in the franchise since CoD2- needless to say, it’s the best iteration yet.

Personally, I grabbed the game for the Multiplayer, with absolutely no intention of playing the single-player. Just for kicks, I decided to try it out…wow.

The game’s set in the Middle East/Russia, where a fictional and radical al Queda-esque group’s leader overthrows the government, reminding you of the whole Hitler regime. Your goal of the game is to stop this uprising, and to take care of any bumps along the way. The story grabs you from the very, very beginning where you infiltrate the enemy’s cargo ship (and it’s attacked) to the very traumatic ending.

That’s just the single-player campaign. The multiplayer (why I bought the game, as I played the beta) is absolutely insanely without-a-doubt bar-none no-doubt-about-it undeniably freaking awesome. Yeah, it’s that good. There’s a leveling system that gives you a ton of incentive to keep on playing, and many, many maps and modes to keep things fresh. Overall, the multiplayer is…yeah, the best I’ve played. Again.

So, Call of Duty 4 grabbed the #1 spot. Mind you, this top 10 has been solely based on our opinions here at GameSpotting!- if you could choose, what would your top game be? What games do you think were snubbed? What deserved to be higher?

Most PS3 owners know that when it comes to multiplatform games, the other platforms’ versions are usually much faster and less choppy. The Orange Box is to be no different. Many think it is because while the PC and 360 versions were handled mostly by Valve, the PS3 version was developed by an internal team at EA. It was originally scheduled to be released with its counterparts, but now has been delayed until December because of technical flaws still needing to be fixed. This means that PS3 owners will have to wait even longer for their (what seem to be) substandard versions of Half-Life 2, Portal, and Team Fortress 2.