Nintendo has updated the Virtual Console list with two new games, Yoshi’s Cookie and Bases Loaded. This might be one of the most personal Virtual Console announcements thus far. 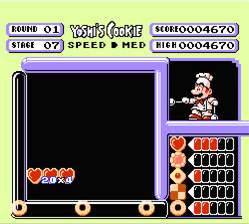 Having played Yoshi’s Cookie before, I can tell you it is one of the most boring games I’ve ever played. Despite it’s title (the reason I bought the game way back when), it’s not an adventure game, instead, it’s a puzzle game that’s kinda like a messed up form of Tetris. And don’t let the fact it has an “adventure” mode fool you. It’s really just a survival mode of how long can you last before blocks fill the screen. This game isn’t worth 500 Wii Points. And Yoshi isn’t really in this game (except if you play with another person). This game is not what you think it is. Don’t waste your points. You’ve been warned. 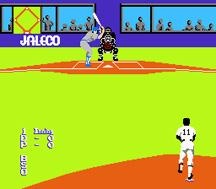 Bases Loaded, I’ve never played (or heard of), but from the looks of it, I wouldn’t recommend this title either. It was great for its time, when graphics were…a big glob large colored squares, but now it seems like a waste.

These two titles are both worth 500 Wii Points each. Personally, I’m passing, and I would advise you to do so as well.

END_OF_DOCUMENT_TOKEN_TO_BE_REPLACED

Nintendo has added to the list of Virtual Console games it has imported from Japan with these 2 new titles. The first is DoReMi Fantasy: Milon’s DokiDoki Adventure and Puyo Puyo 2: Tsuu. Both games have been translated into English, and are worth 100 points more then the normal price for such games.

And here are the descriptions of the games:

DoReMi Fantasy: Milon’s DokiDoki Adventure (Super NES, 1 player, Rated E for Everyone â€“ Alcohol Reference and Comic Mischief, 900 Wii Points): This is an action game where an energetic boy named Milon sets off on a great adventure in a cute fairy-tale world. Piccolo is a village in the country of Fantasia. One day, they hear from the fairy Alis that songs and music have disappeared from the forest. Suddenly, the wizard Amon appears, grabs Alis and vanishes with her. The brave Milon must now go on a journey to rescue his kidnapped friend, with his bubble shooter as his only weapon. Along the way, he’ll need to retrieve five legendary instruments and stars by defeating Amon’s minions. Get ready to enjoy the fun and comical action of this charming game.

Puyo Puyo 2: Tsuu (Sega Genesis, 1-2 players, Rated E for Everyone, 900 Wii Points): The object of this head-to-head puzzle game is to clear your grid of falling patterns called puyos by forming chains of four or more same-colored puyos in a straight line or one of several geometric patterns. What makes this a challenging two-player contest is the fact that when you clear a chain of puyos from your grid, it drops a random piece of filler onto your opponent’s grid. The more puyos you clear, the more you fill your opponent’s grid, and if you can clutter up his grid enough to fill it to the top, you’ve won the game. An intriguing backstory makes this an amusing experience for one or two players.

Yup. This morning, after I picked up Brawl and popped it into the Wii, it wouldn’t read. I thought it was odd, seeing as it was an untouched game, but I exchanged it…only to find the second disk, too, didn’t read. I decided to research the issue further, and turns out, it’s widespread.

According to Nintendo, ” Super Smash Bros. Brawl utilizes a double-layer disc which has a large memory capacity. A very small percentage of Wii consoles may have trouble consistently reading data off this large capacity disc if there is some contamination on the lens of the disc drive. Nintendo has specialized cleaning equipment that can resolve this problem.”

The repair is free, but there’s no set time range for how long it will take. If you’re experiencing a disk read error with Brawl, hit the link here

Nintendo yesterday released two new Wii Virtual Console games, the first being Kirby 64: The Crystal Shards and the second, Psychosis. Both are available to purchase off of the Wii Shop at Home Channel.

Here are both of the game descriptions:

Kirby 64: The Crystal Shards: (Nintendo 64, 1-4 players, Rated E for Everyone, 1,000 Wii Points): Kirby’s first 3-D adventure is also his Nintendo 64 debut, and it finds the always-versatile hero battling a new enemy called Dark Matter. Dark Matter is after a distant land’s powerful crystal, but a young fairy named Ribbon attempts to save it by escaping with the gem to Dream Land. Now the crystal has been broken, and it’s scattered around the world. Take control of Kirby and help him journey across six worlds, battling a wide variety of enemies and challenging bosses, as he tries to collect all 100 pieces of the shattered crystal. Along the way, you’ll use Kirby’s trademark copying ability to use enemies’ strengths against them. Not only that, but try combining any two abilities to create a brand-new one that is usually stronger than the original. Throw in three exciting multiplayer minigames, and you’ve got a package of which even King Dedede would be proud. Fans of Kirby and action games with bright, colorful graphics should vacuum this one up.

Psychosis: (TurboGrafx16, 1 player, Rated E for Everyone â€“ Mild Fantasy Violence, 600 Wii Points): This is a side-scrolling shooter played in a world created from the mind of a twisted demon. Your soul has suddenly wandered into that evil world that exists in every person’s heart. The only way out is to blast your way past the grotesque creatures that block your path in five “causes” (stages). You must face the dangers of this psychedelic world by making full use of three shot types and the satellite option. With power-ups, you can change your shots to a wide-coverage beam, a satellite-generated laser and more. Each shot type can be powered up to three levels. You can also block enemy fire by rotating the satellites to a desired position. How you use these features will be the key to successfully escaping this strange and surreal world.

The update is available now, and you should get a WiiMail (those messages on the message board) about the Update.

The update itself barely covers anything significant, and features no new items. It only improves system performance.