EA unleashed seven new screenshots from the next installment in their (exclusive) NFL football video game franchise, Madden 08, and quite frankly, it looks fantastic- if it’s real-time, and I don’t think it is. Click the first image to see the gallery.

According to EA, the newest Harry Potter game is shipping today to stores, where it will release on June 28th in Europe and the US. The game takes you through the 5th book, where you are creating an army slowly to defeat the users of the dark arts. While the game has a story line, it encourages you to explore all around the school, attending classes is mostly optional in the game.

Apparently, some college students really love Nintendo games/products. So much so, that they built a float that is pretty much a tribute to Nintendo. With Duck hunt, the super scope as stairs, and a huge NES for the top as a roof. It’s really awesome and you should go check out the photos of it. It’s so Nintendo-licious. 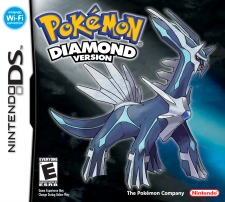 Nintendo has released details that the new Pokemon Pearl and Diamond game will have the ability for you to talk to your opponents while battling, in the waiting room, after the battle, and just about any time while you are on Wi-Fi. But in order to talk you need your friend’s Friend Code and they need yours.

This Pokemon game is the first to have all the previous 380 Pokemon from the past PkMn games, plus 100 new Pokemon which brings the total count up to 480 Pokemon. And the cool part? If you own the old GBA Pokemon games, you can import those Pokemon that you caught from the old versions to Pokemon Pearl and Diamod (however to do so you must get an item first).

To seal the deal, Nintendo will throw in a “collectible” stylus (there are two total, each one has one of the Pokemon on the cover of the box) if you pre-order the game after March 18th.

Pokemon Pearl and Diamond come out on April 22nd.

END_OF_DOCUMENT_TOKEN_TO_BE_REPLACED 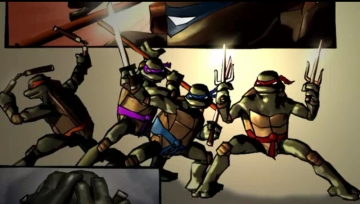 Recently, GameSpotting! got their hands on the new TMNT Game for the PC, and I gotta say, it’s pretty cool. The cinema scenes and graphics are well done.

In Teenage Mutant Ninja Turtles, it follows the story that the Ninjas split up and become loners. So, it’s up to Leonardo to bring them all back together. Anyways, the game starts about a year or two after Shredder is defeated.

Now you might be wondering why the whole post is not on the front page, this is because of all the images used. If you want to see the rest of the Pre-Review then click the more button at the bottom of this paragraph.