Anascape, the company that claims that they “invented” controller buttons (analog buttons on a remote control [which seems to only apply to game companies]), won another suit (filed in 2006) against Nintendo late 2007.

Recently, Nintendo was rejected a request to appeal by the US District Judge of Texas for the above case ruling that would force them to pay $21 million or risk of getting blocked from selling any WaveBirds (the wireless GameCube controllers), regular GameCube controllers and the Wii Classic Controller.

Nintendo is currently taking this to the Federal Circuit court, where they hope they can win.

Yup, today’s the day: August…13. You know, the day before Madden 08 comes out. If you want to preorder, today’s your last day to do it- and preorders are selling like hotcakes for the 08 installment. If you already have it preordered, your store probably has a launch party, so I suggest calling them.

I don’t know what else I can say. Uh, buy Madden?

EA unleashed seven new screenshots from the next installment in their (exclusive) NFL football video game franchise, Madden 08, and quite frankly, it looks fantastic- if it’s real-time, and I don’t think it is. Click the first image to see the gallery. 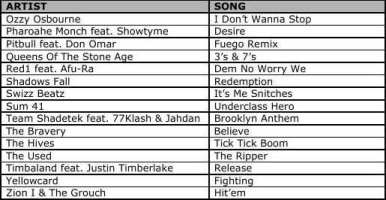 EA Tiburon (the EA studio in Florida), has just released a list of songs to be featured in the newest Madden NFL game that releases this August. This year’s game will be the series 18th game. A random fact about the series is that it has sold 60 million copies, which nets around $2 billion dollars for EA Tiburon Studios. The game is supposed to feature 27 songs, yet EA only gave us 15 songs in the list. Nice counting EA.

From an update released on the Super Smash Bros website, we learn that the newest version of the popular beat them up game will have support for the classic controller, GCN controller, Wii Mote on its side and the Wii+Nunchuck controllers. Oh, and the GameCube Controller will rumble! And the WiiMote might use the motion sensors (which could mean something really good).

Here is the chart from the recent update: 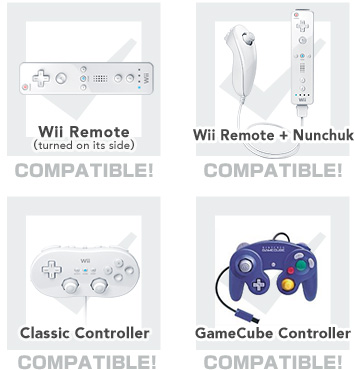